Indian Institute of Science (IISc), Bengaluru has topped the list among Indian Universities and ranks in the range of 251-300 moving up one group band after being in the 301-350 band for three consecutive years. Even with seven of the first-generation Indian Institutes of Technology (IITs) continuing to boycott the rankings, India is the sixth most-represented country in the 2023 list. In the 2017 edition of THE ranking, only 31 Indian universities were ranked. Five Indian universities made it into the world’s top 500 varsities. The top 10 Universities of India which are featured in this survey are;

2. Jagadguru Sri Shivarathreeshwara University; Academy of Higher Education and Research, Mysore ranks in the range of 351-400.

3. Shoolini University of Biotechnology and Management Sciences, Himachal Pradesh ranks in the range of 351-400.

5. Mahatma Gandhi University Public university in Kottayam, Kerala ranks in the range of 401-500.

6. Indian Institute of Technology Ropar, Punjab ranks in the range of 501-600.

7. International Institute of Information Technology, Hyderabad ranks in the range of 501-600.

9. Saveetha Institute of Medical and Technical Sciences, Kuthambakkam, Tamil Nadu ranks in the range of 501-600.

In total, 22 Indian universities made it below rank 800 – three of which were debutant entries. DTU, Graphic Era University, IIT Indore, IIIT, Delhi, Jamia Hamdard University, JNU, Kalasalingam Academy of Research and Education, KIIT University also have been put under 601-800 bracket.

Phil Baty, chief knowledge officer at Times Higher Education, said India’s policy leaders have fully embraced the vital need for the country to join the global knowledge economy network and to ensure that the nation’s universities compete with, collaborate with, and benchmark themselves against the very best universities in the world. This (year’s performance) puts Indian higher education on the map, supporting international collaboration, inward investment and reducing brain-drain. Huge credit is due to the sector and political leaders for this transformation,” Baty said in a statement. Overall, University of Oxford has retained the top spot for the seventh consecutive year, followed by Harvard University and University of Cambridge. A record 1,799 universities from 104 countries and regions are ranked in this edition of the rankings – 137 more than last year. 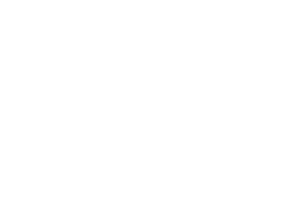